Child's home environment can impact risk of developing depression - E-Today Online
Top Posts
What Should you Understand a great Pisces Child?
Here, she found the love of this lady...
Was kik application noted for intimate hookups and...
step 3. As to why did broker organizations...
The brand new world now gives the ‘high...
Outside of the People: Many years Differences in...
Our very own goals, ourselves: automated study off...
Should you want to determine their matchmaking, you...
You’re using a keen unsupported browser which may...
Lass mich daruber erzahlen Kein erfolg hinein singleborsen
Home » Child’s home environment can impact risk of developing depression
Childrens 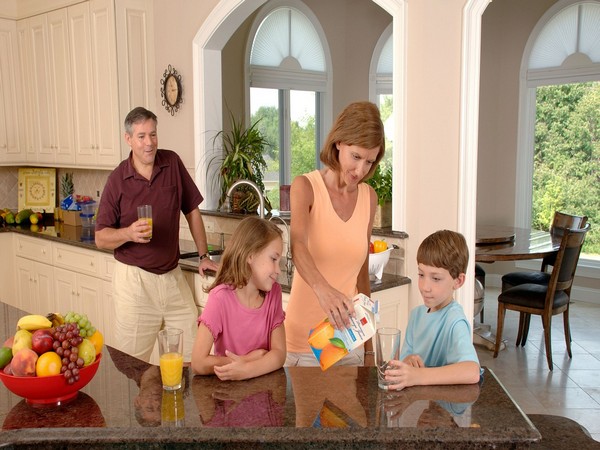 Washington D.C. [USA], April 28 : Children’s rearing environment has a meaningful impact on their risk for major depression later in life, a recent study has found and also noted the importance of nurturing environments when a child is at risk.
The research was published in the American Journal of Psychiatry. In the study, authors analysed the health records of full and half-siblings with at least one biological parent with depression who were raised by either their biological parents or in carefully screened adoptive homes. Generally, the children in adopted homes showed lower risk, but whatever the setting, episodes of major depression in the parents meant the children were more susceptible to depression themselves.
“The Rearing Environment and Risk for Major Depression: A Swedish National High-Risk Home-Reared and Adopted-Away Co-Sibling Control Study”–led by Kenneth S. Kendler, M.D., with Virginia Commonwealth University in Richmond, and Kristina Sundquist, M.D., Ph.D., from Lund University in Malmo, Sweden–involved data from the Swedish National Sample.
The researchers identified 666 high-risk full sibling pairs and 2,596 high-risk pairs of half-siblings each with at least one child reared at home and one adopted. High risk was defined as having at least one biological parent with major depression. In Sweden, the adoptive parents are carefully screened and undergo a rigorous selection process to ensure their ability to “provide a supportive and generally advantaged home for their adoptive child.”
In the full sibling group, the risk for major depression among adopted siblings was 23% lower than the sibling raised in the home with their birth family. In the group of half-siblings, the risk of depression was 19% lower for the adopted siblings. For both the full and half-sibling groups, the protective effect of adoption disappeared when an adoptive parent or step-sibling had major depression or when the
The study authors conclude that their results “further strengthen the evidence that high-quality rearing environments can meaningfully reduce rates of major depression in individuals at high familial risk.” The research also “supports efforts to improve the rearing environment in high-risk families as an approach to the primary prevention of major depression,” the authors note.
Myrna M. Weissman, Ph.D., from Columbia University Vagelos College of Physicians and Surgeons, noted in her accompanying commentary that to the question of whether it is nature or nurture that contributes to depression risk, the answer remains “yes,” it is nature and nurture, with relative proportions and for which type of depression continue to be examined. Yet, for the present study “the results demonstrate the strong impact of the rearing environment on risk for major depression and support the importance of intervention efforts to improve the rearing environment in high-risk families.”

Kids who do not sleep enough may face...

Kids who do not sleep enough may...