I want to evolve from a heroine to an actor: Mishti Chakravarty

Mishti signs horror thriller, which is being directed by Sandeep Gopisetty 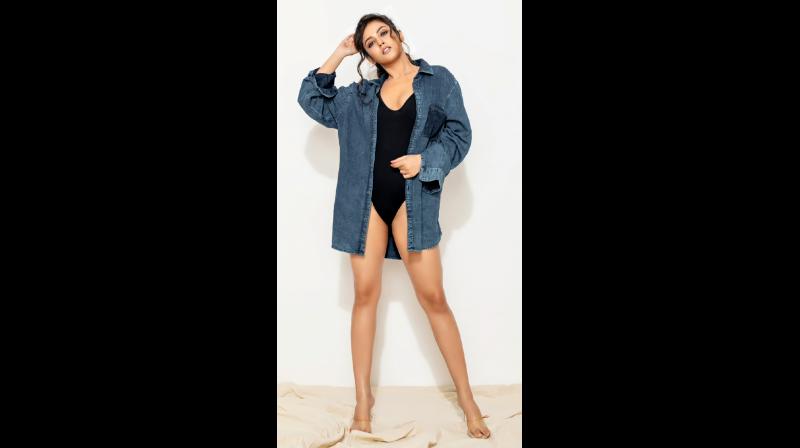 For Mishti Chakravarty, last year’s lockdown was the break she was craving. She spent a lot of time with her parents in Mumbai. The recent lockdown, however, was a different story.

“I am a workaholic and can’t idle for long periods, I get a bit restless,” says Mishti. So she used the time off from work to learn to play the guitar. “Music is something I am passionate about and it has a calming effect on me. I play the guitar every morning, and it’s a stress-buster” reveals the actress.

Recently, Mishti signed her first film since the pandemic struck. It is a horror thriller directed by Sandeep Gopisetty. “I won’t say the film is a typical horror thriller or the usual ghost story, it is a much more polished version,” she says.

Sharing that she is now more inclined to take up realistic films, she says, “After I got into showbiz, I started evolving as an actor after watching world cinema.” The Sarabha actress reveals that she liked the story and her character in the upcoming film.

“I will be seen in three different roles — a teenager, a married woman and a mother. The layers in my character and the transformation it undergoes have been written very grippingly,” she says.

Describing her role as a performance-oriented one, she says, “Moreover, I liked the director’s vision; he’s young and very modern in his thinking and has clarity on what he wants. I did not prepare for the role, as I always believe in spontaneity, so all I had to do was understand the psychology of the character and enact.”

“Coming to the sets with so much equipment — sanitizers, masks, face shields, PPE kits, etc., —  is a bit tiring. The pandemic has completely changed the way films are shot. We are trying our best to get used to the prevailing situation and wrap up the shooting with a smaller crew,” says Mishti, who has almost completed shooting for her part.

Having worked in multiple languages, Mishti feels actors can’t be inhibited or have a comfort zone. “We get interesting roles in various languages, so we need to broaden our horizons. I have learnt this after working in various industries,” she says.

Mishti admires actress Samantha for her body of work. “Her way of picking up contrasting roles in every project is admirable, and I want to evolve from being a heroine to an actor and play relatable roles,” says the Great Grand Masti star.
Certain landmark roles like the one in Begum Jaan helped shape her as an actor. “Such a strong role gives you crazy confidence that you can fit into any character,” Mishti feels.

Meanwhile, the actress is hoping that normalcy is restored and people will flock to theatres. While acknowledging that there’s some interesting content coming out as web series and that OTT platforms are exciting to explore and experiment with, she feels nothing can match the theatre experience.

Scarlett Johansson has ‘no plans’ to return as...

Katrina Kaif announces recovery from COVID-19, thanks everyone...