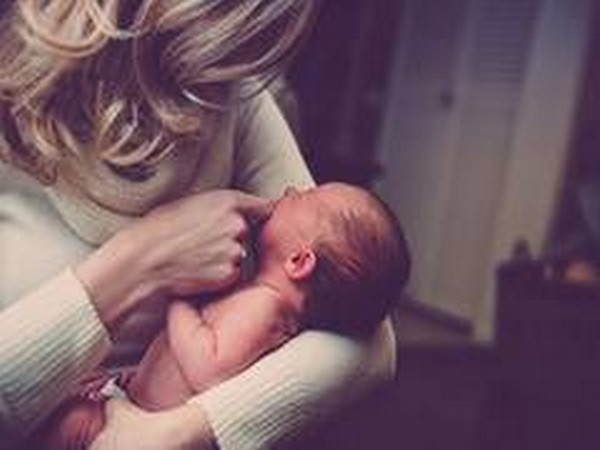 Washington D.C. [USA], April 16 : Researchers examined hundreds of babies in a study and discovered that even small amounts of breastmilk strongly influences the accumulation of viral populations in the infant’s gut and provides a protective effect against potentially pathogenic viruses.

The findings of the study from the Perelman School of Medicine at the University of Pennsylvania are published in the journal Nature.
The findings expand upon prior research that suggests that breastfeeding plays a key role in the interaction between babies and the microbial environment. This latest research could influence strategies for the prevention of early gastrointestinal disorders, and encourage mothers to feed babies breastmilk even when mixed with formula.
Penn researchers measured the numbers and types of viruses in the first stool — meconium — and subsequent stools of newborns in the United States and Botswana using advanced genome sequencing and other methods. Upon delivery, babies had little or no colonization, but by one month of life populations of viruses and bacteria were well developed, with numbers of viruses reaching a billion per gram of gut contents. Most of the first wave of viruses turned out to be predators that grow in the first bacteria that colonize the infant’s gut.
Later, at four months, viruses that can replicate in human cells and potentially make humans sick were more prominent in the babies’ stools. A strong protective effect was seen for breastfeeding, which suppressed the accumulation of these potentially pathogenic viruses. Similar results were seen for infants from the US and Botswana. Another conclusion from this work was that breastmilk could be protective even if sometimes mixed with formula, compared to a with formula-only diet.
“These findings can help us better understand why some babies get sick and develop life-threatening infections in their first months of life,” said senior author Frederic Bushman, PhD, chair of the Department of Microbiology.
The newborns’ home country also played a part in the prevalence of viral infections. Babies from Botswana were more likely to have those potentially-harmful viruses in their stools at that 4-month mark compared to the stools of babies from the US.
“Location of the mom and baby seems to play a role, probably due to the kind and number of microorganisms babies are exposed to environmentally,” said first author Guanxiang Liang, PhD, a postdoctoral researcher in the department at Microbiology. “Nevertheless, Botswana-born babies still seemed to benefit from breastfeeding, whether exclusively or in addition to formula consumption.”
In the future, Bushman and Liang want to look at varying ages to see how the development of the virome — the virus population in the gut — influences a child’s growth, how virome colonization varies in infants around the world, and how virome colonization influences outcomes in preterm birth.

Special buses sent to get 900 South Indian pilgrims from Varanasi: A tale of two lockdowns

Kids who do not sleep enough may face...

Kids who do not sleep enough may...