Urjit Patel: Why our banks aren't saviours of the Indian saver - E-Today Online
Top Posts
What Should you Understand a great Pisces Child?
Here, she found the love of this lady...
Was kik application noted for intimate hookups and...
step 3. As to why did broker organizations...
The brand new world now gives the ‘high...
Outside of the People: Many years Differences in...
Our very own goals, ourselves: automated study off...
Should you want to determine their matchmaking, you...
You’re using a keen unsupported browser which may...
Lass mich daruber erzahlen Kein erfolg hinein singleborsen
Home » Urjit Patel: Why our banks aren’t saviours of the Indian saver
Economic

Urjit Patel: Why our banks aren’t saviours of the Indian saver 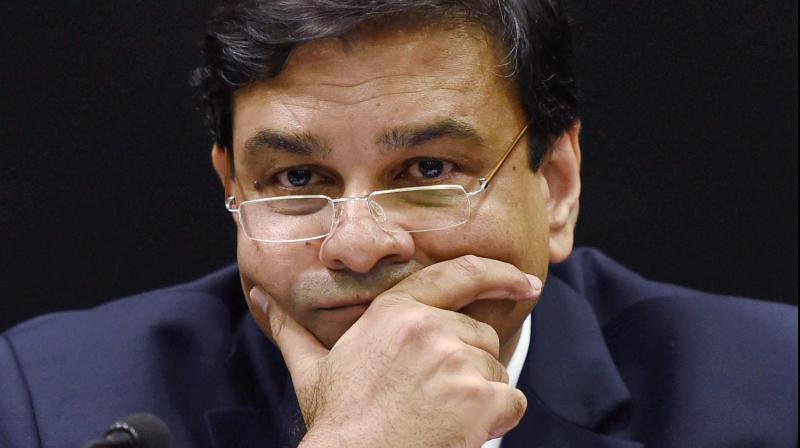 New Delhi: What’s the real problem paralysing India’s banking? Trust a former RBI guv to know. Urjit Patel, who walked out of his job rather than buckle under pressure applied by the Union government, says Indian banking’s bugbear is the fear of the 3Cs — CBI, CAG, CVC.

Or at least that’s the red herring or exaggeration behind which bankers hide to not do the right thing,h whic is to protect depositors’ interest.

Urjit Patel served as the 24th governor of RBI from September 2016 to December 2018. Two years after quitting his job, he has come up with a book, Overdraft: Saving the Indian Saver in which he talks about the banking crisis and tells how he worked out the ‘9R’ strategy during his tenure when the problem of unsustainable bad debts or non-performing assets (NPAs) in the Indian banking sector was at its peak.

The book is not a narrative of what Patel describes as “passing matters” but his way “addressing correctly” some issues of economic policy.

“The dominant owner pre-2014 didn’t question risk controls in GBs (government banks) even as it received significant dividends. A number of GBs did not have senior management in place, and governance suffered. This is a perennial shortcoming on account of bureaucratic inertia and political meddling,” Patel says in his book, which was released on Friday.

Places on the banks’ board of directors had become sinecures to be handed out to political supporters of the ruling party. “Key committees of the board, like the audit committee, have suffered from both inadequate membership, as seats go unfilled, as well as paucity of talent/ domain knowledge to carry out fiduciary responsibilities to the level that is required and expected,” he writes.

So how do the 3Cs cow down the bankers? Patel argues that government banks have “argued incessantly over decades… that an important reason for not calling out problem accounts in a timely manner, and hence legitimising their ever-greening, is that the government’s vigilance agencies (the 3Cs – the CBI, the CAG and the CVC) would raise questions or initiate investigations and invite a form of retribution regarding why and how were these loans made.”

This, he says, is puzzling at two levels.

“GBs aren’t shy of designating personal loans and advances to small borrowers as NPAs, and liquidating their security without fuss; and shouldn’t GBs be more concerned about queries from the 3Cs when the loan size to struggling corporates is actually getting larger at a time when the latter’s debt-servicing capability is obviously declining?”

How can more financing for essentially a restructured account be considered less serious than flagging an account as an NPA early in the life cycle of a loan, he asks.

“It would seem that the fear of the 3Cs is either a red herring or, at the least, an exaggeration behind which bankers take shelter to not do the right thing – that of protecting depositors’ interest,” he says in the book, published by HarperCollins India.

With India’s economy in a tailspin, Cabinet approves...